After 48 Hours, buddy cop movies seemed to have a simple plot. While catching the bad guys, try to be as amusing and goofy as possible. There are many awful buddy cop films, but this is one of the best. Given that one is a cop and the other is a convicted felon, this isn’t truly a buddy cop film. I watched this movie a few days ago because it had been a while since I had seen it on cable television a thousand times as a youngster. The film is still good, and it’s one of Walter Hill’s best. In his first picture, Eddie Murphy is honing his on-screen presence. It wasn’t long until Beverly Hills Cop arrived. In this film, Nick Nolte feels like a tired detective. To me, Nolte has long embodied the exhausted private eye or detective. He just seems natural, with his scratchy voice and wrinkled, elderly visage. The picture is thrilling and taut, and it is one of the best action films of all time. 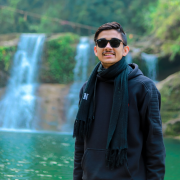 I love my parents quotes in hindi

Moral Stories In Hindi For Class 8

This widget requries the Arqam Lite Plugin, You can install it from the Theme settings menu > Install Plugins.